Do you have something to ask or advise?
Would you like a clarification on rates or advances on upcoming special offers?
This is our e-mail:
booking@dharmaboutiquehotel.it
Answering will be a pleasure! 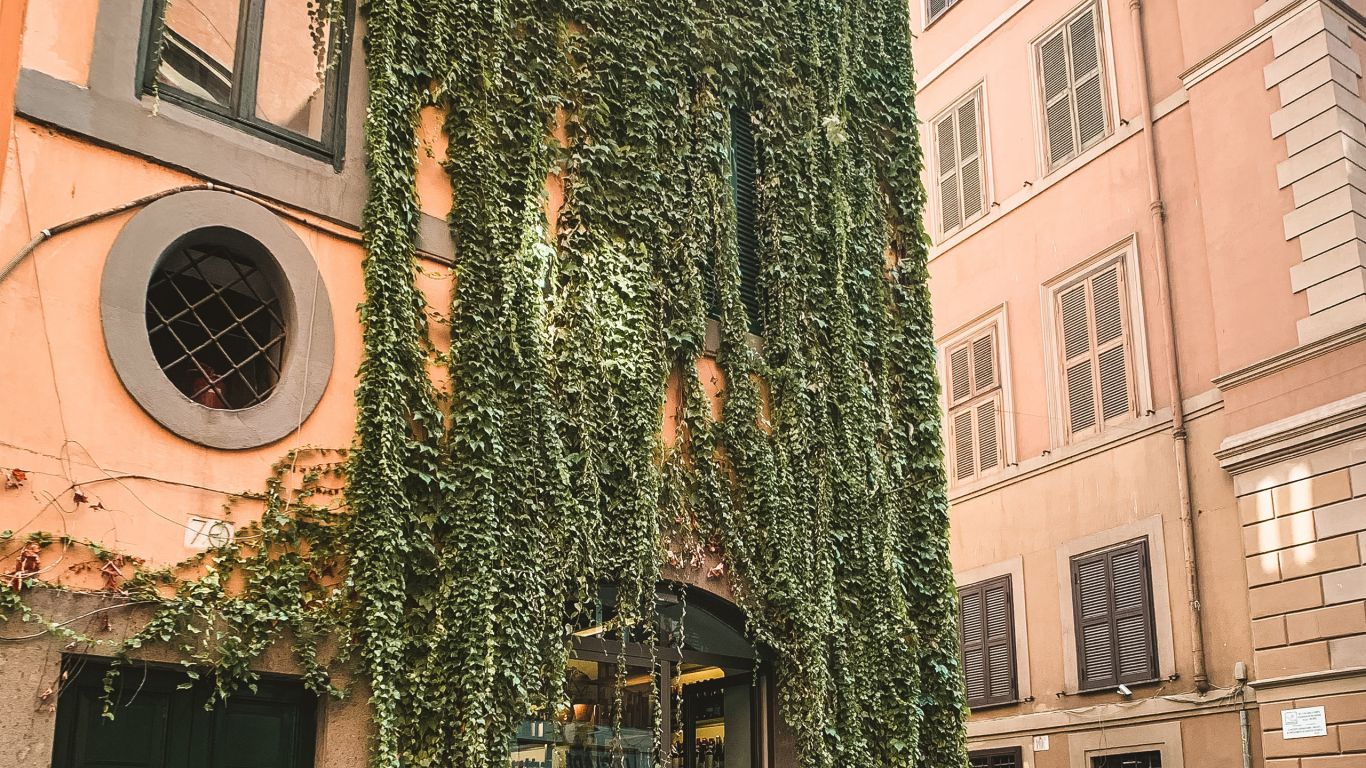 Monti needs no introduction. Its roots lie in the dawn of the history of the city, walking in its alleys means retracing more than 2000 years of the history of Rome. Today Monti is one of the most beautiful areas in Rome. The narrow streets, the ancient buildings, the characteristic signs of the shops and taverns create a particular vintage charm that embraces the whole district, which has become a favorite destination for both tourists and Romans. 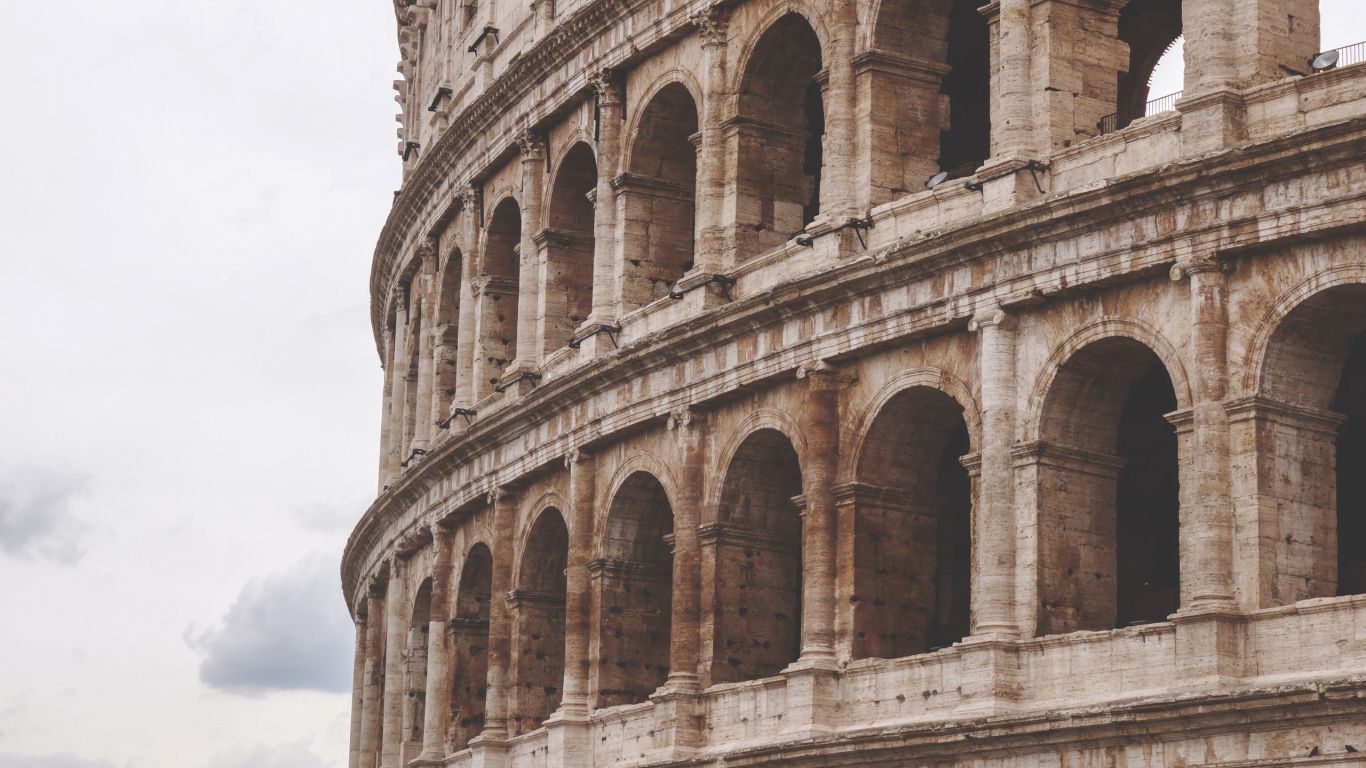 Known all over the world, the Colosseum is perhaps the most important testimony of the ancient Roman Empire, surviving earthquakes and looting of all kinds over the centuries.Symbol of Christianity, at Easter it is the scene of the celebration officiated by the Pontiff Maximus. The Flavian Amphitheater, built in 72 AD, is known as the "Colosseum" by the enormous "colossus" erected not far from the amphitheater depicting the Emperor Nero. The original statue has been lost. To enjoy the best view of the Colosseum you have to climb Colle Oppio, where even today there is the underground entrance to the Domus Aurea, ancient home of Nero and visitable only with an archaeologist's helmet. 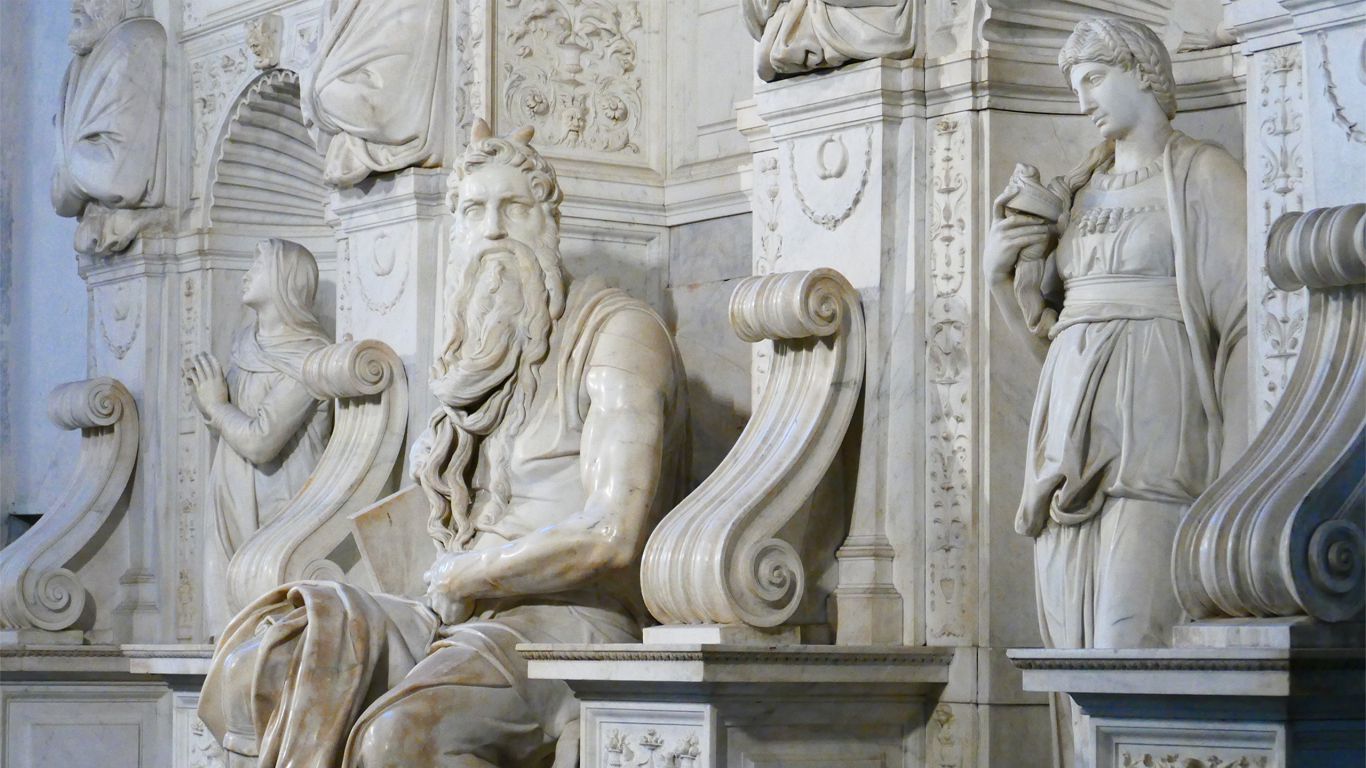 The Church of San Pietro in Vincoli owes its name to the chains (from the Latin "vincula") preserved inside which, according to tradition, were used by Saint Peter during his imprisonment in Jerusalem. Inside the Church there is also one of the most important masterpieces in history, Michelangelo's "Moses", a marble sculpture from the early 1500s. The grandeur of the work and its vitality still make it a model of study and observation. 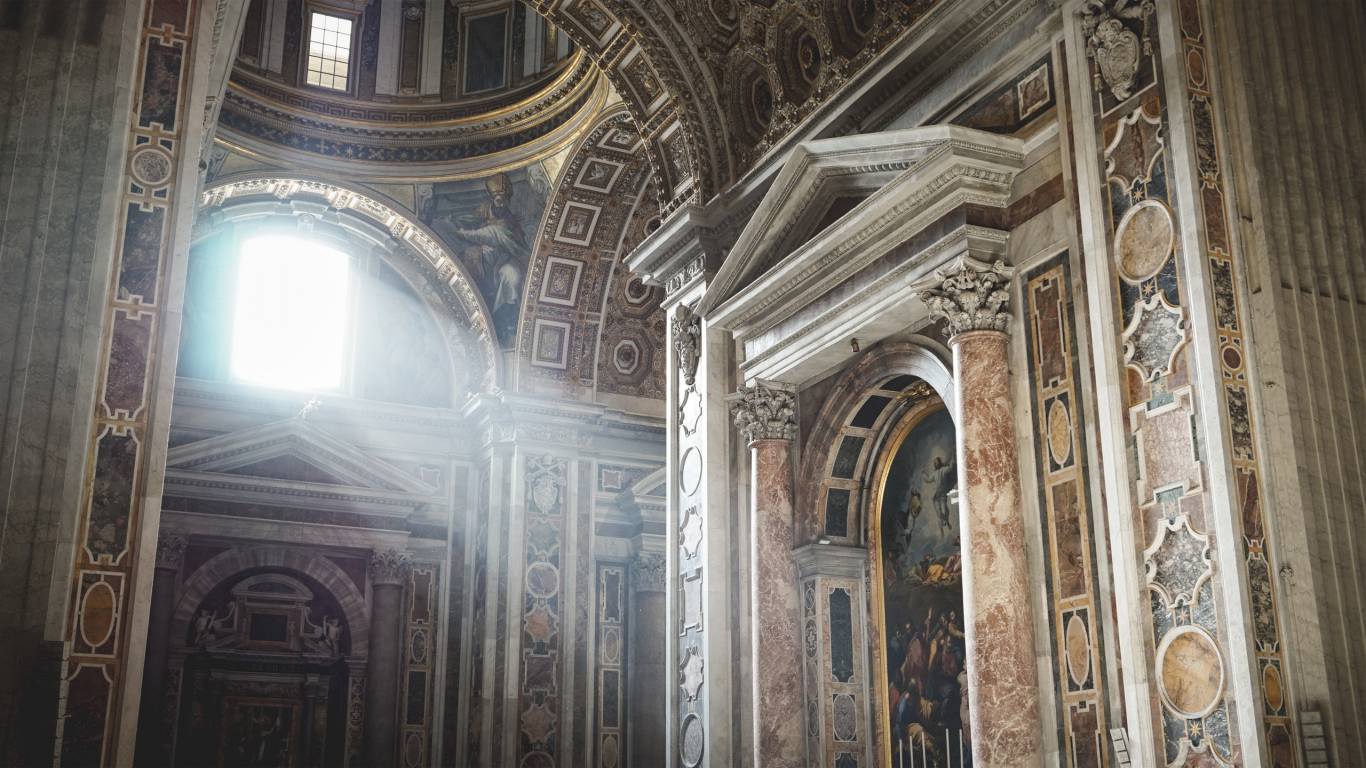 The Basilica of Santa Maria Maggiore, located on the top of the Esquiline Hill, is one of the four patriarchal Basilicas of Rome and is the only one that has preserved the early Christian structures. A well-known tradition says that it was the Virgin who indicated and inspired the construction of her home on the Esquiline. Appearing in a dream to Pope Liberius, she asked for the construction of a church in her honor, in a place that she herself would have miraculously indicated. On the morning of August 5, the Esquiline Hill appeared covered by snow. The basilica represents an absolute masterpiece of early Christian and Baroque art and architecture which will leave you speechless with the beauty of its mosaics, frescoes and sculptures. 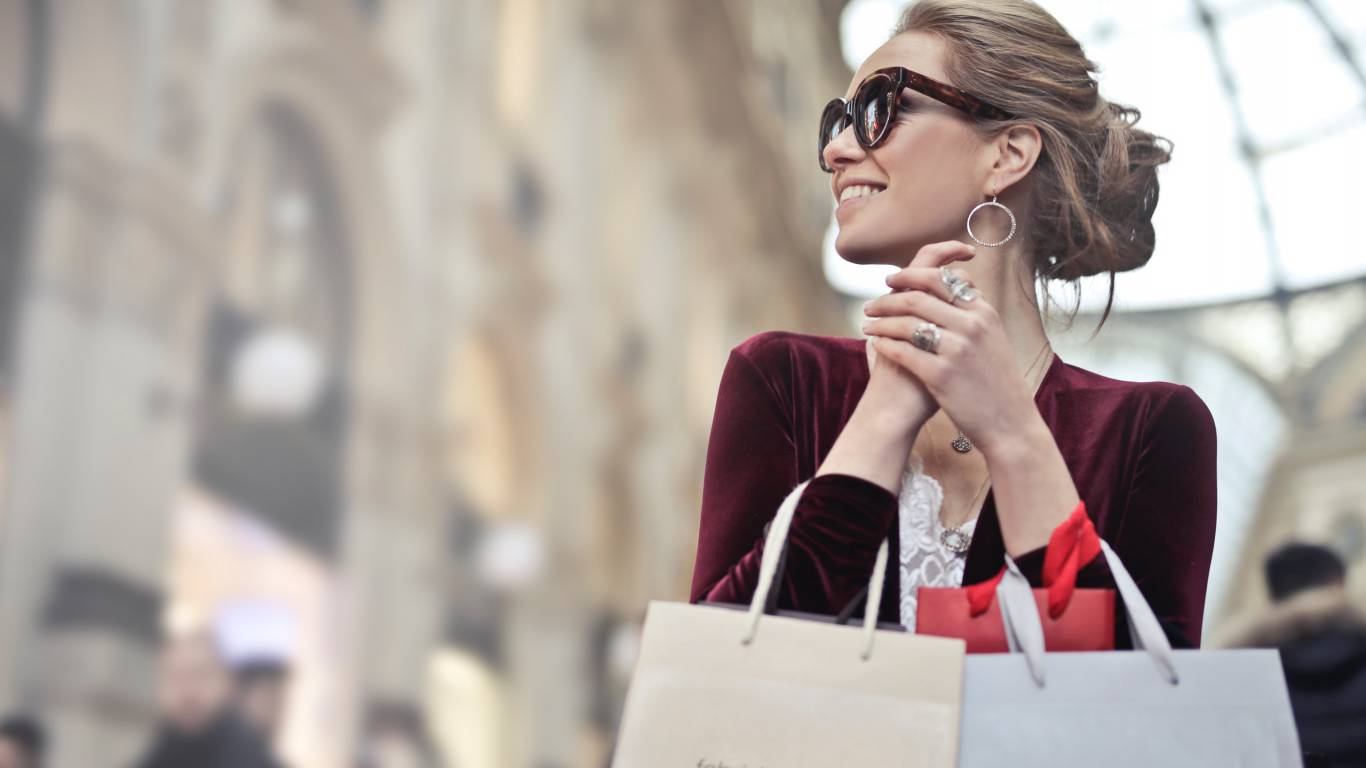 Via Nazionale, Via del Corso and Via Condotti are three of the most important shopping streets in the center of Rome. Via Condotti, which starts directly from Piazza di Spagna, hosts the most important Italian fashion brands and more. Via del Corso connects Piazza Venezia to Piazza del Popolo and it is the most frequented by tourists. Via Nazionale offers shops of various targets for all types of customers and connects Piazza della Repubblica to Piazza Venezia. 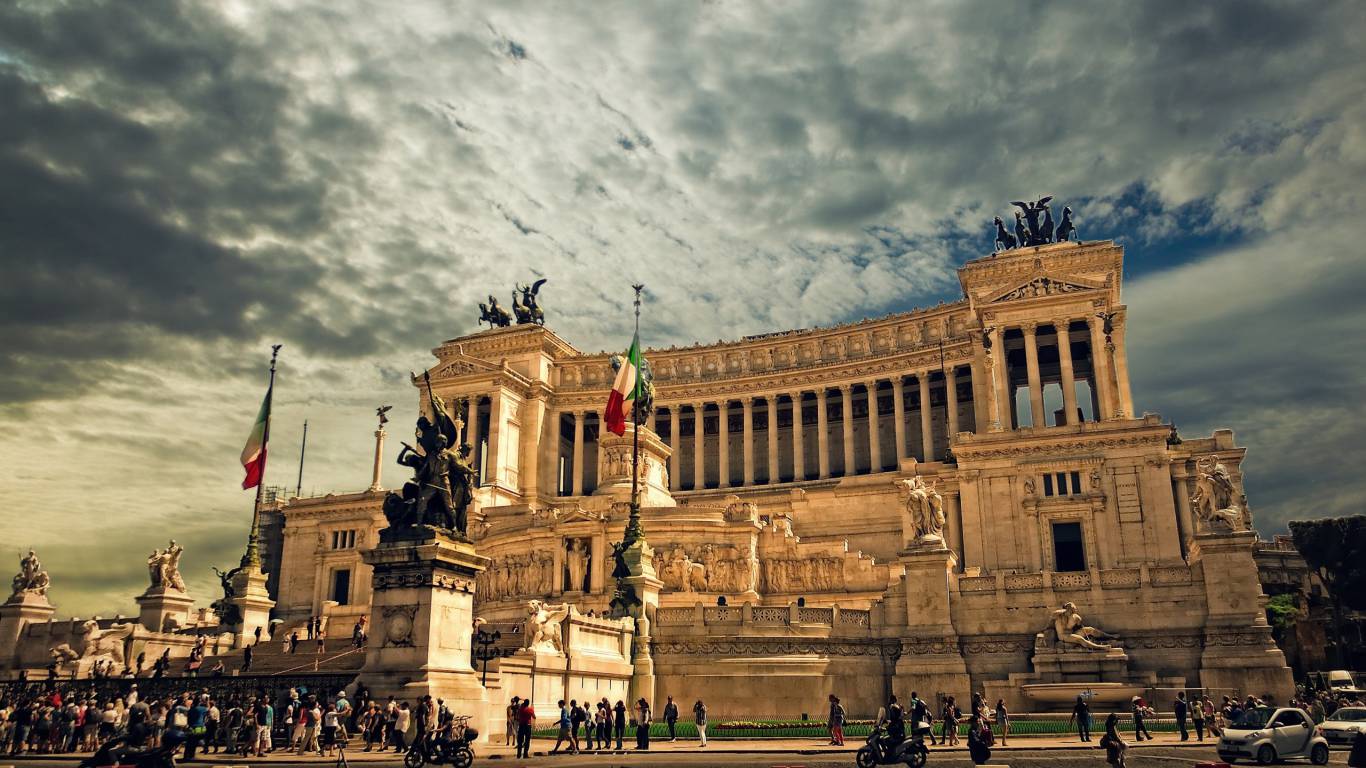 Piazza Venezia is a famous square in Rome where some of the main streets of the center cross: via del Corso (the shopping street), via dei Fori Imperiali (which connects the square to the Colosseum), via Nazionale. At the center of the square, the Victorian or Altar of the Fatherland monument stands out, considered one of the main symbols of the Italian nation, it has always been the scene of celebratory events, such as the Republic Day (June 2). Behind the Altar of the Fatherland, there is the Campidoglio, seat of the Municipality of Rome, and the Capitoline Museums, among the most important museums of Rome, where they are contained among the most important historical works of the city. 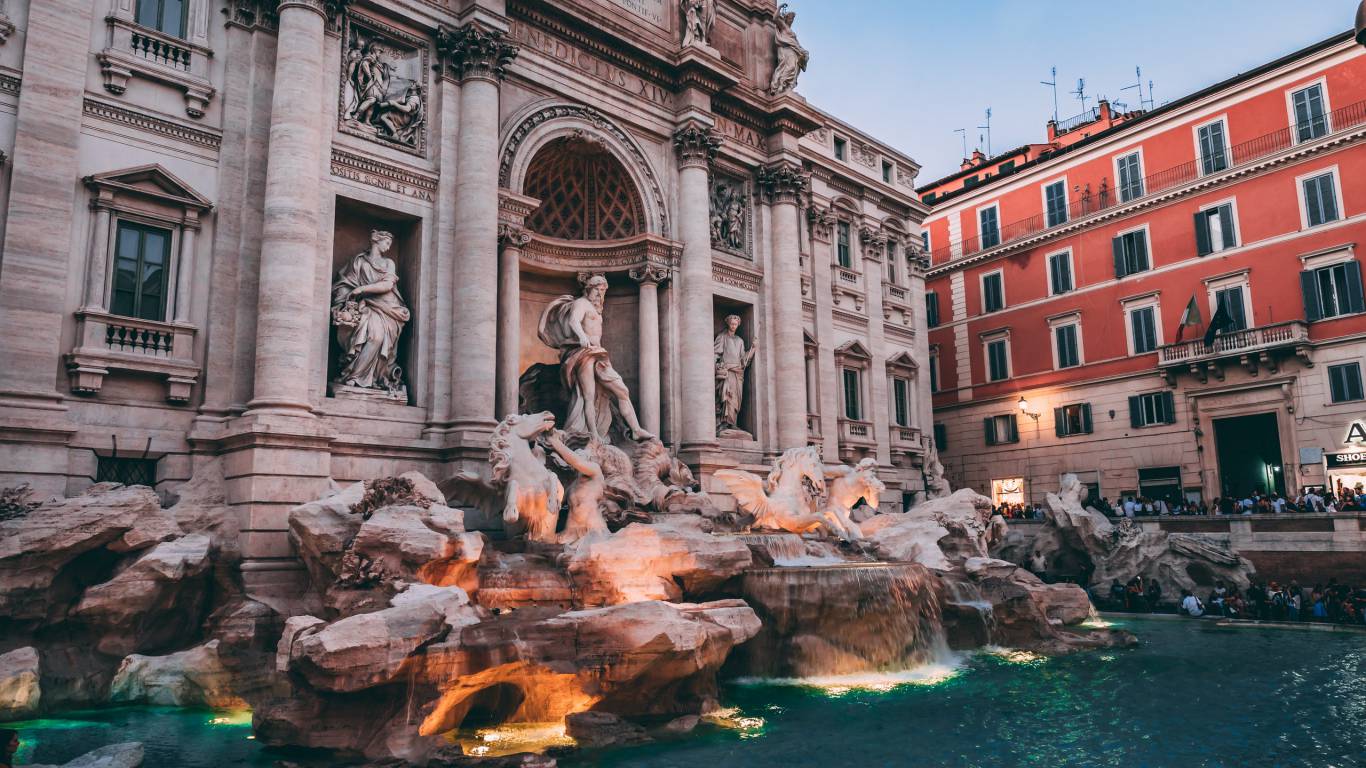 The most known and representative fountain of Rome. During the day it is crowded with tourists looking for a "magic" shot or a coin to throw in the tub (they are said to bring good luck!). The night instead becomes the stage for a romantic walk, following the steps of Anita Ekberg in Fellini's Dolce Vita. Tip: from the Palazzo della Stamperia it is possible to admire a view from above on the fountain, generally the entrance is free. 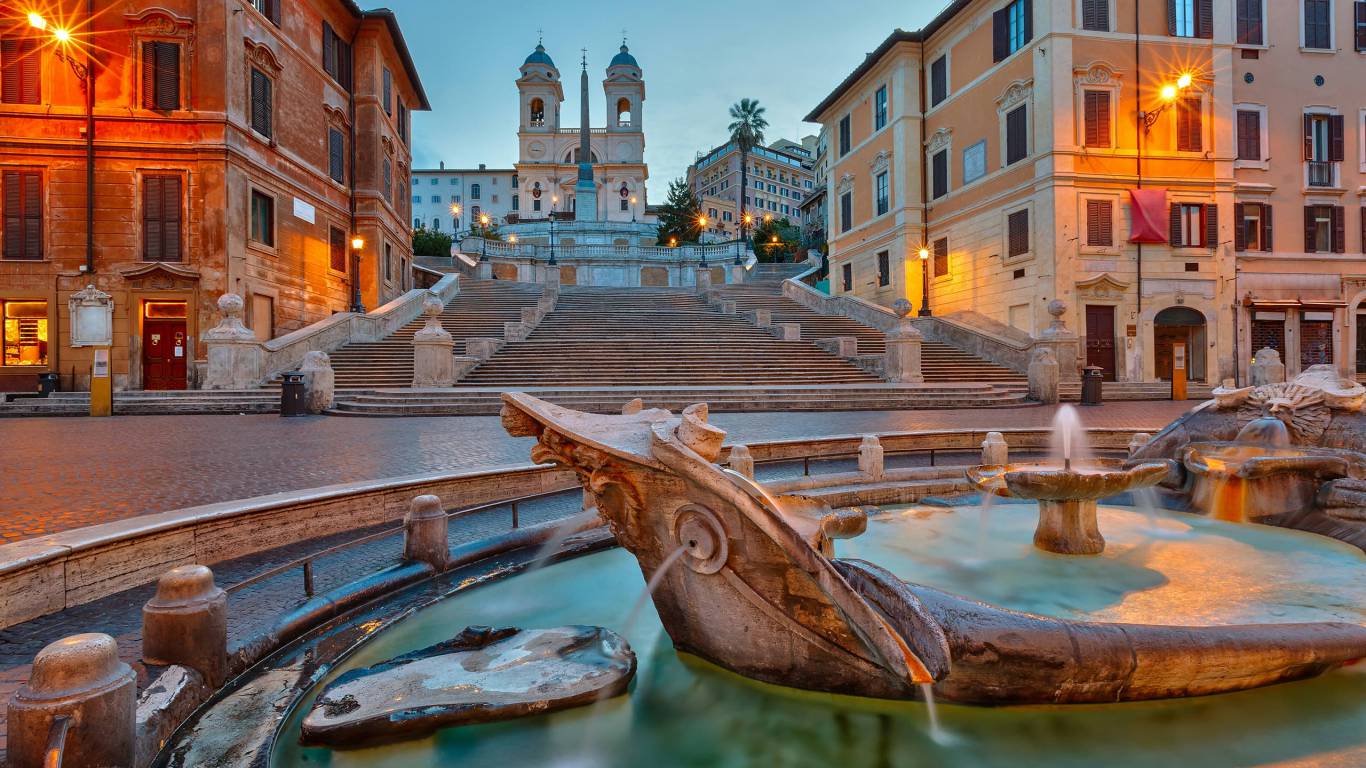 Piazza di Spagna, with its famous Spanish Steps, is certainly one of the most famous squares in Rome and Italy. Its name derives from the Spanish Embassy located in the building opposite the Steps. At the center of the square is located the "Fontana della Barcaccia", dating back to the Baroque period and sculpted by Bernini. On the right hand side of the staircase is the house of the famous English poet John Keats, now transformed into a museum in his memory. 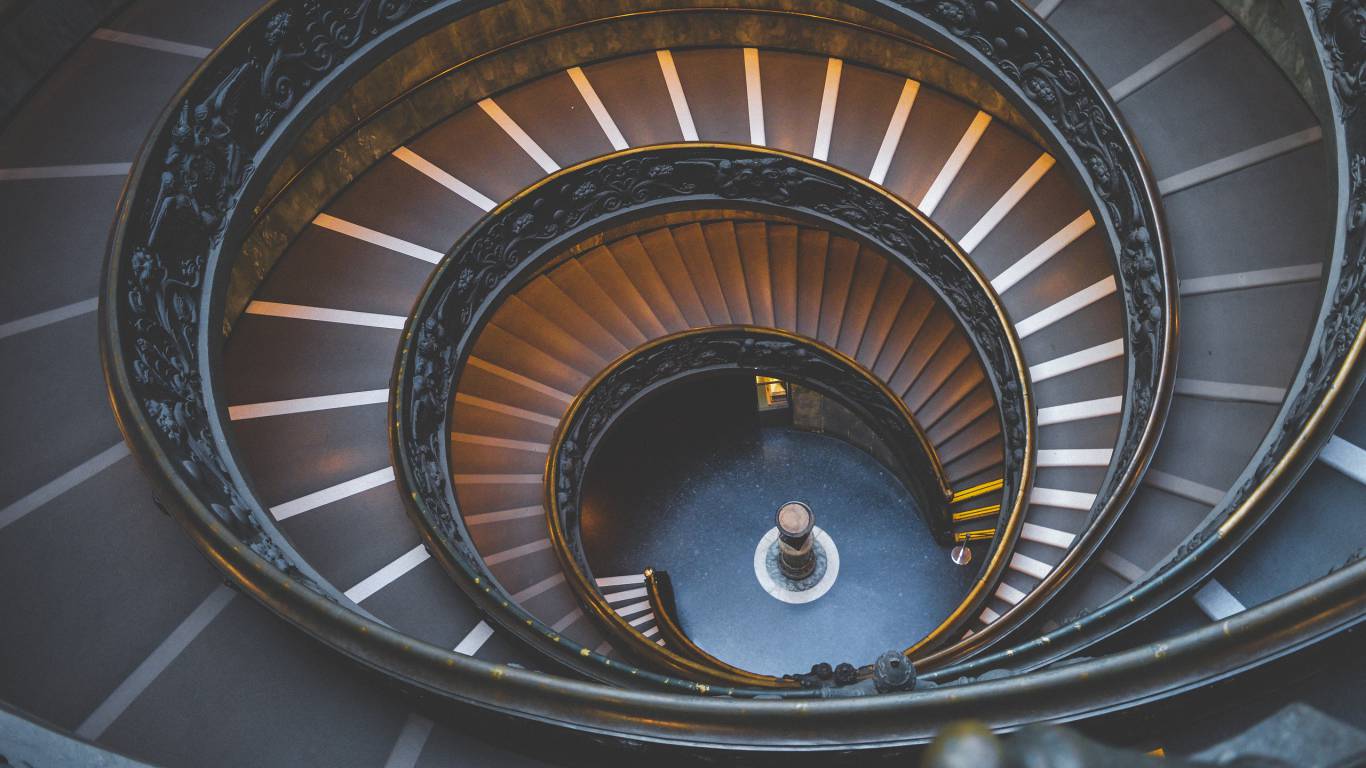 The Vatican Museums are considered among the most important in the world and their visit represents an essential and indispensable moment for anyone coming to Rome. Here the Popes have, over time, collected and preserved among the highest masterpieces of the art of all times and the most precious testimonies of the past. The Museums also include outstanding artistic monuments, such as the Chapel of Beato Angelico, the Rooms and the Loggia of Raphael, the Borgia Apartment and above all the Sistine Chapel which, besides containing priceless works, is the official seat of the Conclave, that is the room where the cardinals meet to elect the new Pope. Because of their inestimable value, the queues at the entrance are really long, especially during the high season such as Christmas, Easter and during the spring. 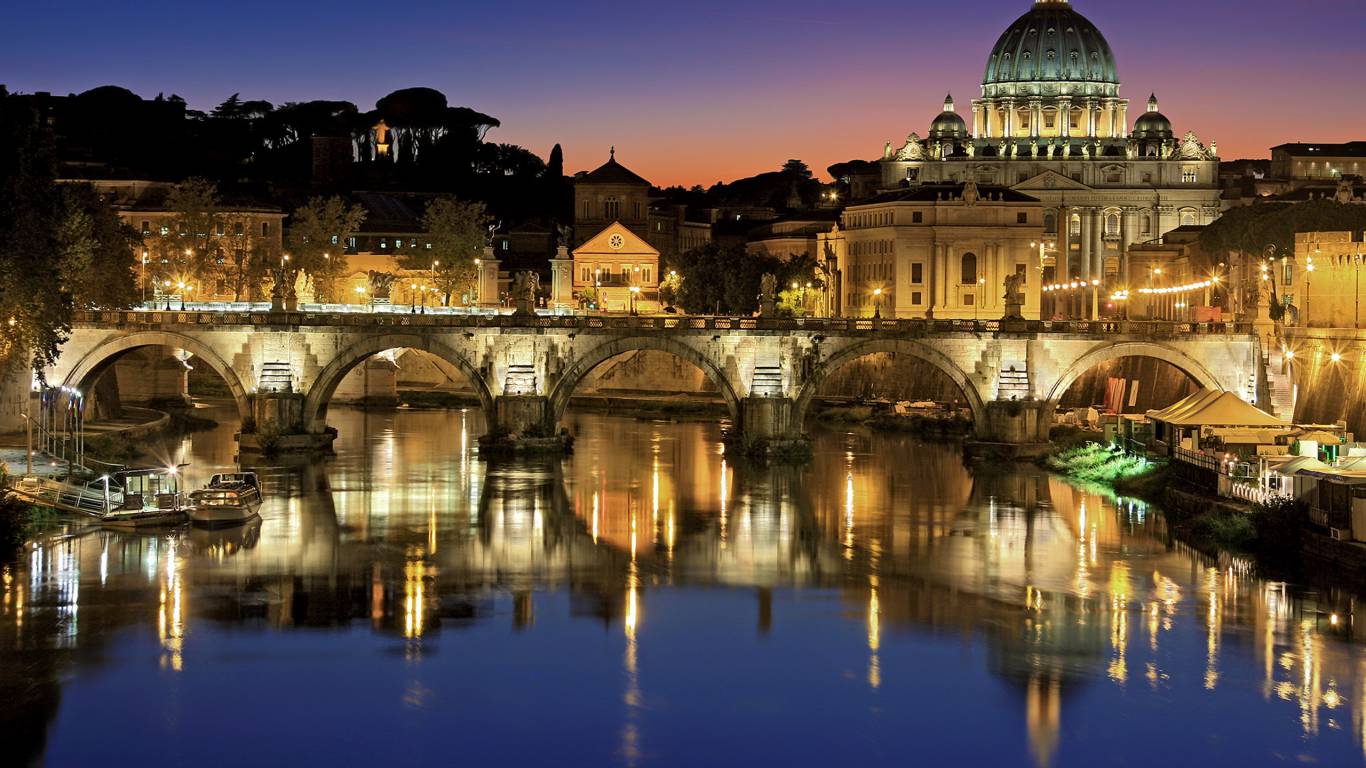 St. Peter's Basilica in the Vatican is the largest of the four papal basilicas of Rome, often described as the largest church in the world and the center of Catholicism. In the basilica takes place: the main liturgical celebrations of Catholic worship, presided over by the Pope; the proclamation of the new pontiffs; the funeral of the dead popes and the celebration of the opening and closing of the jubilees. The Basilica of San Pietro is also one of the largest buildings in the world: 218 meters long and up to the dome over 130 meters, the total area is about 23,000 square meters. All around the church the grandiose colonnade, by Bernini, encloses the elliptical square, created to accommodate oceanic crowds of the faithful, in a spectacular and metaphorical embrace to all of Christianity. Its huge dome is one of the most famous symbols of the city of Rome, as well as one of the most panoramic points of the city, with a 360 degree view of the entire Vatican City and almost all the neighborhoods of the historic center of Rome.